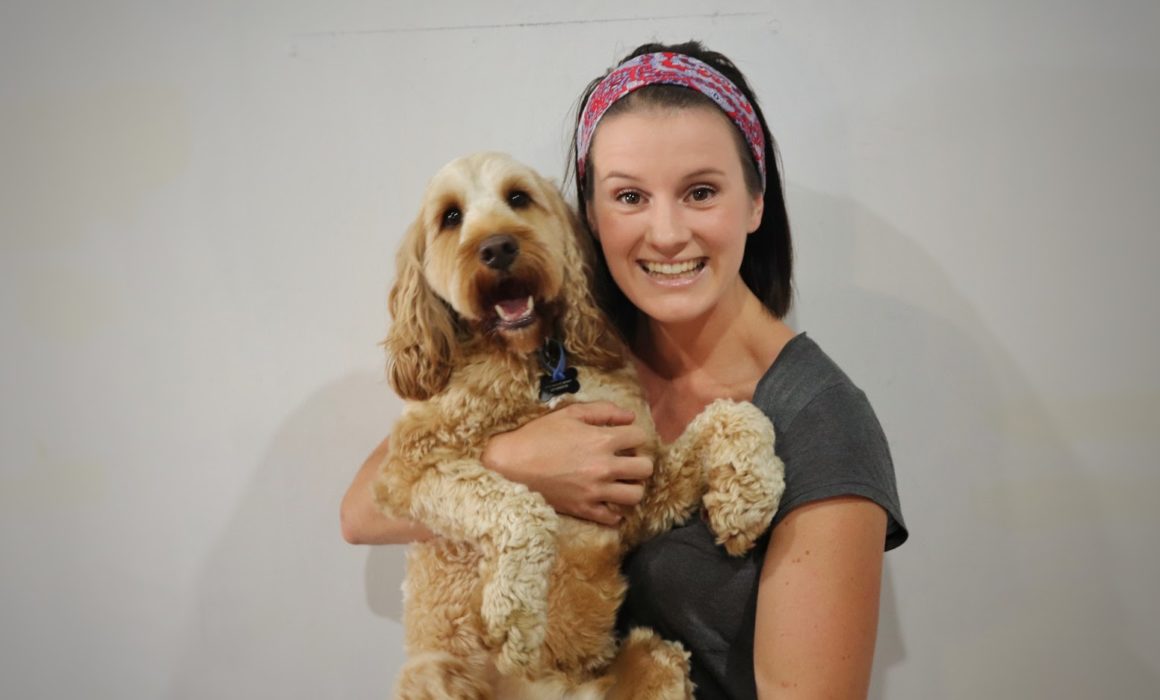 Actress Frankie Roberts is about to hit the stage as a cuddly dog in Little Theatre latest show. We caught up with her to find out what she thinks about dog food, treats, and walks on the Coastal Walkway.

Hey Frankie! Thank you so much for chatting with us. You’re about to take to the stage at Little Theatre, and you’re playing a dog right? What’s that like?
It’s such a fun role to play! It’s great, because I get to play a humanised version of a dog. It has been really challenging to not fall into the trap of being too dog-like. So, it’s been a lot of fun exploring how best to make Sylvia a relatable and real character, with some dog-like mannerisms.

What kind of dog is Sylvia?
Sylvia is one tough cookie. Having lived on the streets of New York, she’s had to be sassy, determined and most definitely cheeky in order to survive. But she is also incredibly loving, and just wants to be friends with everyone and show her affection. She’s a complex character, who can also provide some wise insights. She’s always down for a tummy scratch, and adores her new owner, Greg, who rescued her off from the streets. We’ve worked out that she’s a labradoodle of sorts.

So, in terms of character development, what are you doing to become Sylvia the dog?
Well, I spent some time at Nicci’s dog parlour, shadowing a couple of labradoodles there to mimic their mannerisms. They’re all so unique, so I’ve taken bits and pieces from each and created Sylvia from it. I also find myself looking at dogs ALL the time now. A walk on The Coastal Walkway is never the same, and I often find myself staring at dogs and watching how they interact with other dogs and other people too.

Have you ever eaten dog biscuits? Verdict?
I have actually! When I was little, I lost a bet, and had to eat some dog food. It tastes as bad as it smells…

Dogs absolutely love their humans. Who is your favourite human?
Definitely my partner Craig. He’s been incredibly supportive with everything that I do, and he’s just a constant source of light and strength for me. Plus he brings me treats all the time!

Favourite treat?
Just one?! This is a tough one, but I would have to Walkers’s Brazil Nut Toffee.

We hear you’ve always had a bit of a love affair with theatre. Tell us more.
Well, my love for theatre started in school. I was always a bit of a tomboy, and I got forced to audition for the musical Joseph and the Amazing Technicolour Dreamcoat. I ended up getting the role of the narrator and was fortunate enough to have an incredible drama teacher, Mrs Dickson, who really nurtured my passion for theatre.

After school, I wanted to pursue a career in theatre, so I enrolled at the Waterfront Theatre School in Cape Town, South Africa, where I studied for two years. I loved it, and it was an incredible experience, and it was such a privilege to be surrounded by such talent. However, I decided that I wanted to rather get a formal degree, so I went and studied further for a marketing degree. I took a break from acting, about seven years or so, and decided to try my hand at it again when we moved to New Plymouth.

Theatre has always been one of my strongest passions, and I knew I would return to it when the time was right. Being on stage is such a thrilling and challenging experience, and the adrenaline rush is unlike anything else. And I love seeing genuine delight on the faces of the audience.

What’s your favourite thing about living in Taranaki?
I grew up In Cape Town, South Africa, in a small town called Melkbosstrand. We moved here in March 2020, right before the lockdown. We actually came to New Zealand on a holiday in October 2019, and just fell in love with the country. My partner was offered a job here in New Plymouth as a pilot at the Taranaki Rescue Helicopter Trust, and we instantly fell in love with the relaxed atmosphere of New Plymouth. My favourite thing would have to be the beaches, as I love to swim and surf in the sea when I get a chance!

Why should people come and see Sylvia?
It’s a hilarious, delightful comedy that shows the bond between a dog and its owner, and the effect it has on his marriage. On a deeper level, Sylvia is the glue that brings Kate and Greg back together. Her antics encourage Kate and Greg to communicate, helping to breathe new life into a stifled marriage.

Do you like the postman?
I do! Everybody! My aim in life is to please!

THE DETAILS
Sylvia, by A R Gurney and directed by Nicci Smith, is on at New Plymouth Little Theatre from March 31 to April 10, 7.30pm. Tickets are available from iTicket.