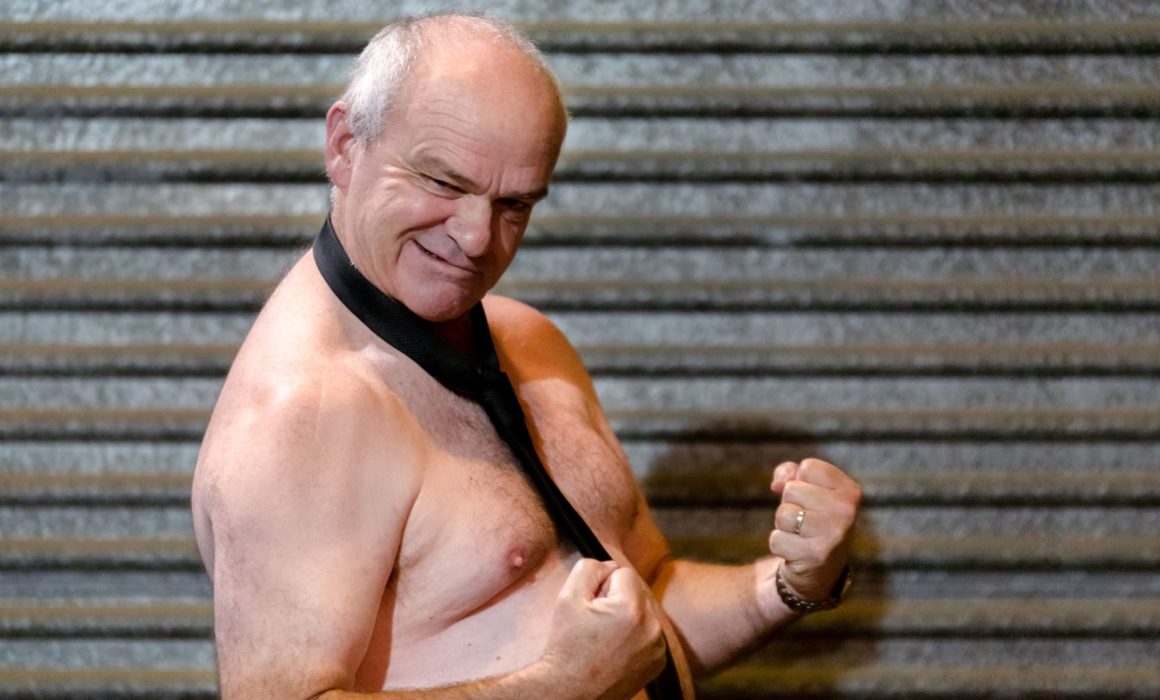 Morris West is one of the six leading men in the New Zealand community theatre premiere of The Full Monty. Every week he gives us a behind the scenes peep at The Full Monty rehearsals, the cheeky shenanigans, and the naked photo shoots. This is week four of rehearsals and Morris talks about practicing for that final dance, the record-breaking ticket sell out, and his final costume.

Major progress for the week has to be the record sell-out of tickets for the three new shows.

The first of these, a Tuesday night, never even made it to the box office, and sold to three large groups. Girl’s Night Out sales opened at midday and by 12:04 had sold, and by 12:09 the Monty Matinee was also gone, A RECORD FOR SALES!! Despite these extra three shows, there are still many disappointed people, hoping it extends further…the show that is.

The magnificent set continues to grow. Gerald now has a shed door, but work continues on the rest as well. The great thing about John and his team having the set so far advanced is that it allows fine-tuning to perfect it.

Props and costuming is now into full speed. I am a bit concerned that the guys’ final outfits are being progressed at greater pace. I’m sure this is not in the hope that the boys will have to wear them, (a bit of a misnomer there), for all rehearsals.

Dance rehearsals are still stepping up and once again, the girls watching are needing no encouragement to video them.

It was a partial week for me, with a Mrs Brown gig in Wellington for Mother’s day, but I’m sure no one missed me.

THE DETAILS: The Full Monty, a play by Simon Beaufoy and directed by John Lawson, is on at New Plymouth Little Theatre from July 14. The season is sold out.