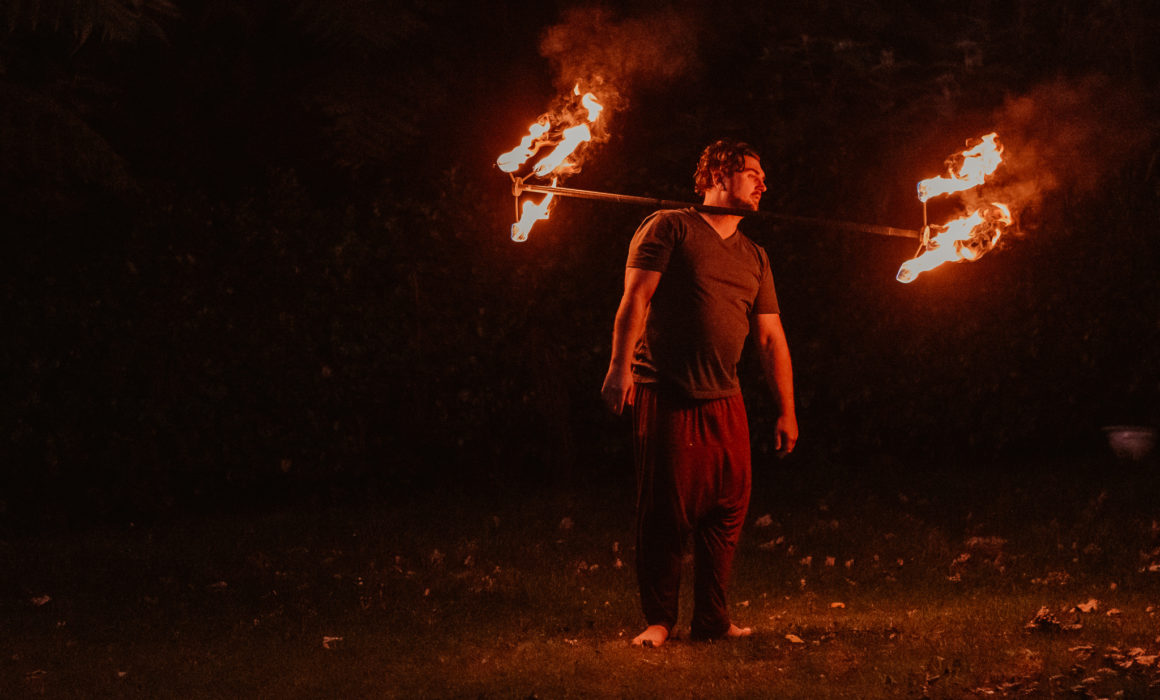 Brad Duynhoven is gearing up to get his gear off in The Full Monty. We caught up with him to find out about his fire dancing, his go-to stripping song, and who he’d invite to a special dinner.

Hey Brad! You’re playing one of the strippers, Dave, in The Full Monty. How are you feeling about getting your gear off in front of so many people?
Super self conscious, not sure how I’ll ever be able to do it. No, actually totally fine. I feel people’s bodies should be more accepted in general, I’m way more apprehensive being forced to do these marketing Q&As.

Why did you audition for The Full Monty?
The chance to flash hundreds of people every week and not get handcuffed sounded like too good of an opportunity to pass up.

You have some pretty cool hobbies outside of theatre, can you tell us about those?
In my spare time I enjoy getting out to music over the summer. Over the last couple years I’ve coached a kids’ rugby team and I’ve been trying to get more involved in stage performing.

A more uncommon pass time I have is using a dragonstaff, which is a grippy staff with fire at either end that I spin and roll around my body. It’s safer than it sounds. I’ve never managed to seriously burn myself and it’s a total hit at parties. You may have seen me using an LED version around the Festival of Lights.

If you could have dinner and drinks with any three people from history, who would you pick, and what would you talk about?
Genghis Khan – How he manages all his “wives” and how he feels about 8 per cent of all Asian men and one in 200 people worldwide being his great (to the power of god knows) grandchildren.

King Edward VIII – What “special” skills Wallis Simpson truly had and was it really worth not being king.

My mum – I’d ask what she thought of The Full Monty.

Why should people come along to The Full Monty?
The chance to see a totally hilarious show supporting some talented local talent (and me *waves*)
It may even contain a few sneaky heartwarming moments in between the laughs, nudity and quality dancing.

Fire photos by Katie Fromings and interview with Taryn Raynes

THE DETAILS: The Full Monty, a play by Simon Beaufoy and directed by John Lawson, is on at New Plymouth Little Theatre from July 14. Tickets from www.iticket.co.nz.