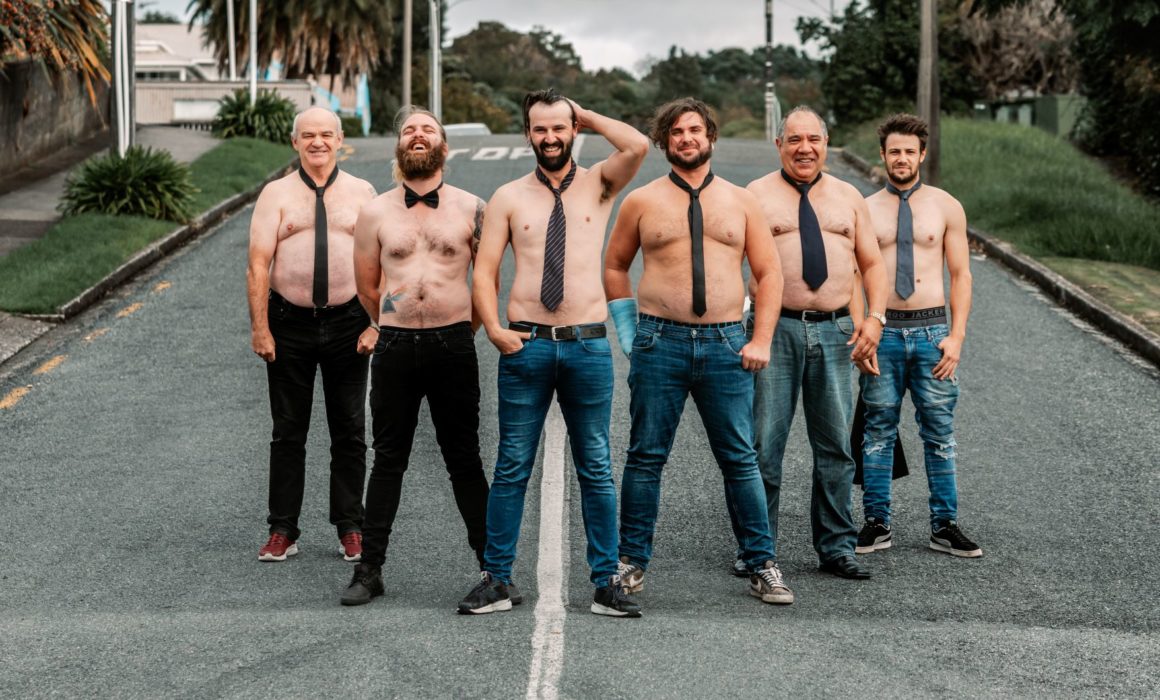 Morris West is one of the six leading men in the New Zealand community theatre premiere of The Full Monty. Every week he gives us a behind the scenes peep at The Full Monty rehearsals, the cheeky shenanigans, and the naked photo shoots. This is week six of rehearsals and the g-string are being fitted, the shirts are coming off, and the countdown to opening night is beginning.

WOW! We’re almost at the halfway point to the big opening night.

April’s amazing dance routines are all taking shape, with the most arresting routine having been put in place.

The boys have all been fitted out for their closing costumes, though I think it may even be a few weeks before the rest of the cast even sees them.

Props continue to grow and it is amazing just how many props each cast member has.

Also challenging are the 20 odd scene changes that have to be managed with slick finesse, but are quickly becoming second nature for the on-stage, back-stage crew.

Monique Matthews and her right hand man Anthony were back for a second round of photos of the boys, including shots in someone’s garden. Certainly different visitors and photos than they would have had during the Garden Festival.

We’re now into Act 1 Monday, Act 2 Thursday and the whole shebang on Sunday, with sound and light to join us in about a week’s time.

The boys with the biggest parts, (script-wise, for those with dirty minds), are really getting their lines down and accents and pitch are going well.

So, while this week may have been about sexy pics, we all look forward to next week and a much awaited BIG ANNOUNCEMENT. Catch you all then.

THE DETAILS: The Full Monty, a play by Simon Beaufoy and directed by John Lawson, is on at New Plymouth Little Theatre from July 14. The season is currently sold out.