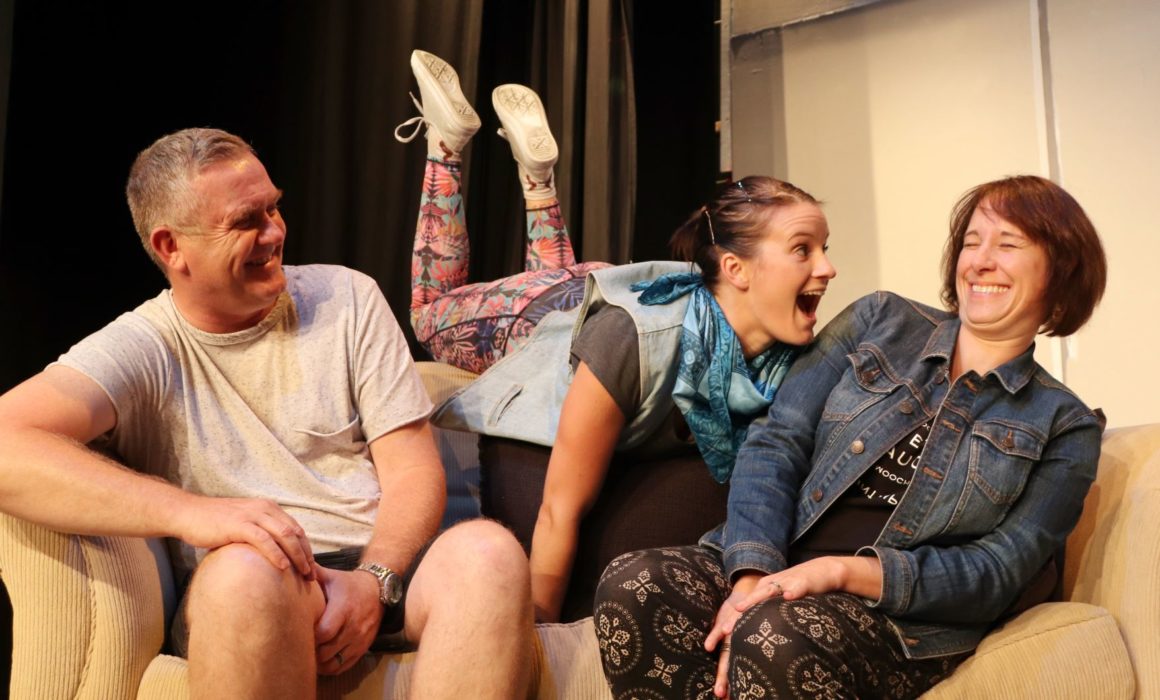 A Taranaki actor’s stage career has gone to the dogs – wagging tails and all.

This month 28-year-old Frankie Roberts will put her professional theatre training to the test when she treads the boards as a stray dog in Little Theatre’s latest show, Sylvia.

“Sylvia is one tough cookie. Having lived on the streets she’s had to be sassy, determined and most definitely cheeky in order to survive. But she’s also incredibly loving and just wants to be friends with everyone.”

Although Roberts will be behaving like an animal on stage, she won’t be dressed as a dog. In fact, the audience simply sees a man bring home a friendly stray woman from the park, fleas and all.

“It’s great, because I get to play a humanised version of a dog.

“So, it’s been a lot of fun exploring how best to make Sylvia a relatable and real character, with some dog-like mannerisms.”

While the dog’s new owner Greg is smitten with the unconditional love she shows him, his wife is less than impressed and sees the furry friend as a threat to their already rocky marriage.

The show’s director Nicci Smith co-owns a dog grooming studio called Pup Culture. She let Roberts join her at work to get the inside scoop on what it’s like to be a dog – specifically a lively labradoodle.

“I wanted her to see their lovable, boisterous, doofus characters,” Smith says.

“I think it’s definitely helped her bring Sylvia to life.”

Smith reckons people would be barking mad to miss this kooky play.

“It’s a really charming show that helps you to see the craziness and love that a dog can bring to your life.”

Smith hasn’t always loved dogs though. In fact as a child she had five cats. At the same time.

“My husband is more of a dog person and that eventually rubbed off on me. So our first child was a golden retriever named Daisy.”

Written in 1995, the play has appeared on Broadway starring the likes of Sarah Jessica Parker and Matthew Broderick.

Roberts, who trained at the Waterfront Theatre School in South Africa, appears onstage alongside the talents of Chris Watson, Rebecca Williamson and Jo Morrissey.

Sylvia is on at New Plymouth Little Theatre from March 31 to April 10, 7.30pm. Tickets are available from iTicket.

Words by Taryn Raynes, with photos by Adele Smith.