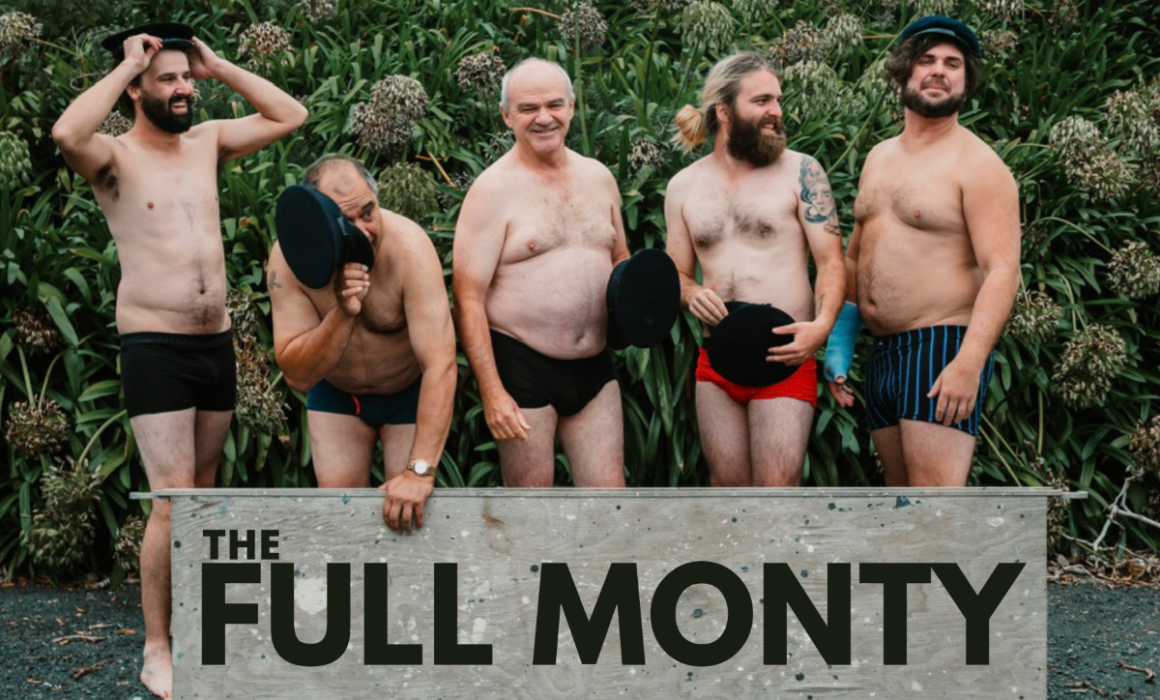 Morris West is one of the six leading men in the New Zealand community theatre premiere of The Full Monty. Every week he’s going to give us a behind the scenes peep at The Full Monty rehearsals, the cheeky shenanigans, and the naked photo shoots. This is week two of rehearsals and already the men are practicing getting their gear off in front of a crowd of ladies.

Week two done and dusted and the ladies at rehearsals are impressed that we’ve already got round to undress rehearsals, some more than others, (undress that is, well both actually).

Despite our main marketing gal Taryn’s Facebook bans, we have still managed to sell out the original season. Extra nights, along with special nights, and a matinee, are already planned. Don’t worry Taryn, the peach will be released, we know your cheeky posts have got a bum deal, but we’ll get to the bottom of it, so don’t crack up.

Director John Lawson and his helpers continue to do amazing work on the set. I know I’ve never been involved in a show where set, marketing and ticket sales have been so far advanced.

April Krijger gave the boys their first taste of her amazing choreography and as the expert in two left feet and lack of timing, I absolutely loved it, so did the ladies watching.

The question I get asked the most is, “So, do you get your kit off?” My reply, “You’ll have to buy a ticket.” To which I now usually add, “If you can get one.”

The cast continue to get into their lines and accents, but I’ll sign off now as I still haven’t prepared my stuff for the Toscars.

THE DETAILS: The Full Monty, a play by Simon Beaufoy and directed by John Lawson, is on at New Plymouth Little Theatre from July 14 to July 31. Thirteen shows have sold out, so we’ve added a Girls’ Night out and a Monty Matinee. Tickets go on sale on Wednesday May 5 at noon, at iticket.co.nz. They are $30.