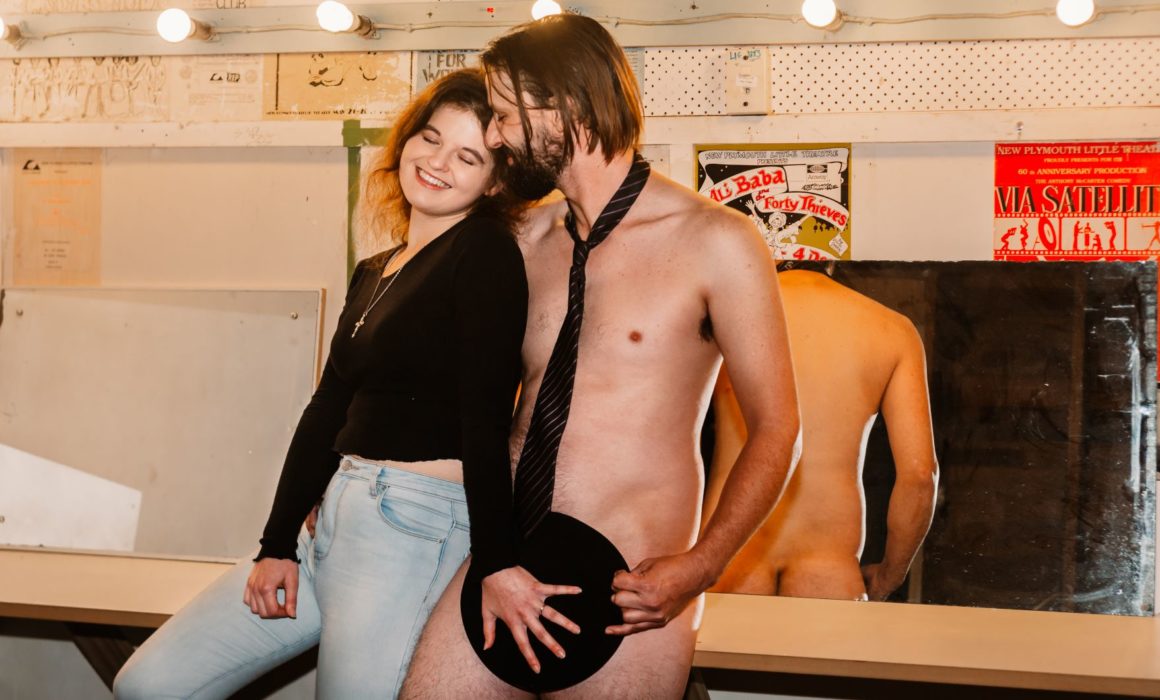 New Plymouth engineer Jimmy Bovaird’s fiance told him to audition for The Full Monty, and not only did he get in, he landed the lead role. The 29-year-old is now gearing up to get his gear off in front of sold out crowds. We caught up with Jimmy to find out how he’s feeling about getting his kit off on stage, and what his stripper name would be in real life.

Hi Jimmy! You’re playing leading man Gaz in The Full Monty. How are you feeling about getting your gear off in front of so many people?
I’m feeling a bit nervous, but kinda excited. I mean flashing people during a show has never been something I thought I would ever do, but here we are!

If you were a stripper in real life, what would your stage name be, and what would be your signature stripping song?
My stage name would probably be Ooohh Brad and signature song Damn it, Janet.

It’s not the first time you’ve been on stage with some of your clothes off is it? Tell us more!
No it’s not. Usually I get to keep my underwear on at least – but that’s the best thing about theatre, trying new things you wouldn’t normally do.

Any similarities between you and your character Gaz?
Quite a bit. I’m usually the joker in my friend groups, as well as the one who comes up with all the ideas of things to do. Not to mention working in a similar industry and being about the same age.

What do you do outside of theatre?
Outside of theatre I spend most of my time with my amazing fiance Jazz, who is also in the show. Together we like finding great places to eat and great movies to watch. Other than that I spend my time doing everyone’s favorite past time – working. And when I do find myself with spare time outside of all of those activities I like to work on my project car, but that’s usually very limited.

THE DETAILS: The Full Monty, a play by Simon Beaufoy and directed by John Lawson, is on at New Plymouth Little Theatre from July 14. Tickets from iticket.co.nz.

Interview with Taryn Raynes and photography by Monique Matthews Photography